For our foster Carer focus this newsletter I interviewed our specialist children with disabilities and complex needs Foster Carers Carmel and Doug. Doug and Carmel started their fostering journey nearly 20 years ago. Since then they have gone on to foster 40 – 50 different looked after children of varying ages and needs.

It wasn’t until around five years into fostering that they decided to focus on having placements with complex needs and disabilities after having a placements of this type. Carmel said her motivations for fostering came from an early age.

When she was a young girl she had grown very attached to a family member’s baby, she had spent lots of time looking after the baby and helping the mother to look after the little girl.

Sadly, one day the baby moved and Carmel didn’t find out until years later that the baby was taken in to care. From then on Carmel always knew at some point she wanted to be a foster carer.

Carmel then met Doug and they went on to have a family of their own. When their children had grown up they both knew the time was right to begin their fostering story. Carmel talked about her families thoughts on her and Doug fostering and she said that it had been great for the family. However she also said it can impact on the whole family especially when a child moves on. This isn’t just something that affects her and Doug but all of her family, especially her grandchildren. It is often the case that the family doesn’t get the chance to say goodbye and this can be hard and confusing for them.

Carmel explained about the range of different needs she had in the placements. Carmel explained that she had a variety of needs; such as hearing impaired children, premature babies and tube fed babies. She has also cared for a child who had had a liver transplant as well as children who have mobility issues and speech and language delay. 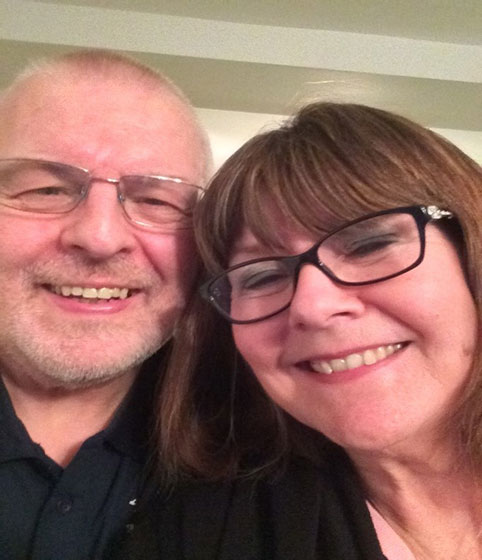 Doug. She said a low would be that she doesn’t always feel as though she has been treated as a professional by the Local Authority. She told me in all the years she has been fostering she has only had two placements that have broken down however she did say this was very hard.

In terms of the highs, Carmel said that of the children that do go on to be adopted she keeps in contact with 90% of them and has great relationships with them and their families.

Carmel explained that Doug wasn’t as involved in fostering until year five of being a foster carer, coinciding with the decision to start looking after children with complex needs. He is an amazing help to Carmel and they make a great team as they know each other’s role in looking after the boys.

Carmel and Doug now look after a little boy long term, who is really one of the family. They have looked after him since he was really young and his twin brother is currently fostered by Carmel’s daughter. They also look after a baby boy who is making great progress and thriving with Carmel and Doug. I hope you enjoyed reading about Carmel and Doug’s fostering story. They are just amazing foster carers.

The past few months have been unknown for all, whilst some children returned to school to finish the summer term, other’s continued with their home schooling. After, what felt like a lifetime, Covid-19 lockdown restrictions started to ease and we were all given a little more freedom to see...

Here at Children Always First, we believe that building strong relationships between foster carers and children is key in helping the child or young person progress in life. Most children and young people who come in to care have experienced some kind of trauma and we know from experience that they benefit from our therapeutic parenting approach....

Due to continued success and expansion we have a rare vacancy for a Fostering Social Worker. We are looking to attract people who can envisage a long term career with us delivering excellence to our carers, children and young people. All applicants must be qualified HCPC registered Social Workers...